October 21, 2012
A well deserved rest after a very busy 'greencube' summer. I took off to Northern Spain for an inspiring  cultural visit to Bilbao followed by a wonderful peaceful rest in a small, spanish village in Galicia (north west spain), up in the hills, overlooking the Atlantic. Known as Green spain. We rented a little rustic cottage and cooked up some spanish cuisine (thanks To Rick Stein's SPAIN), drank spanish wine and enjoyed the sunshine, learning enough spanish to get by and fell in love with a local delicacy of  'pimiento de padron' (olive oil fried baby green peppers) and Viera al horno (baked scallops).

These photos were taken on my iphone. 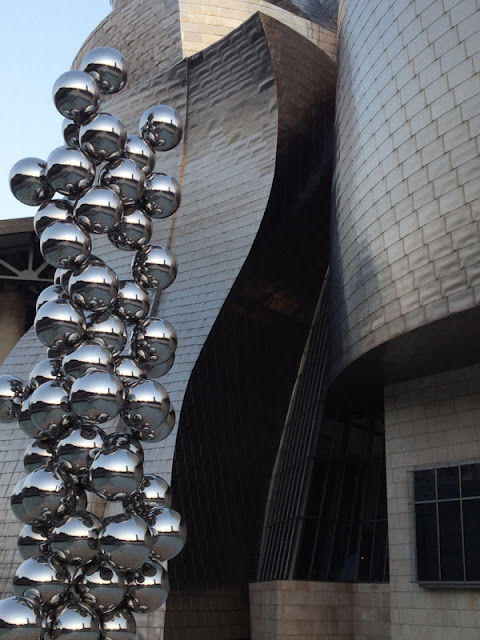 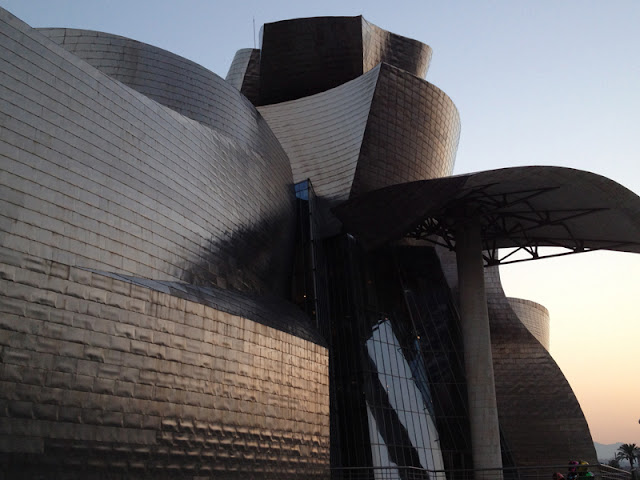 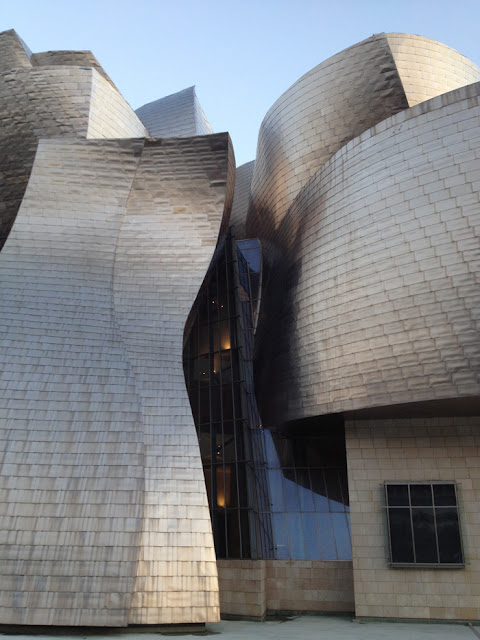 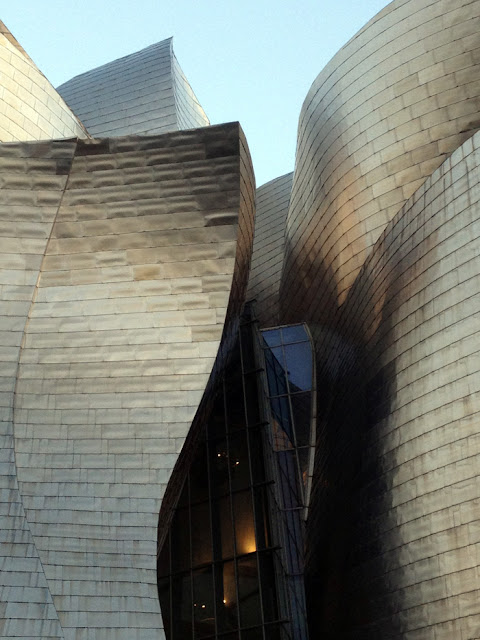 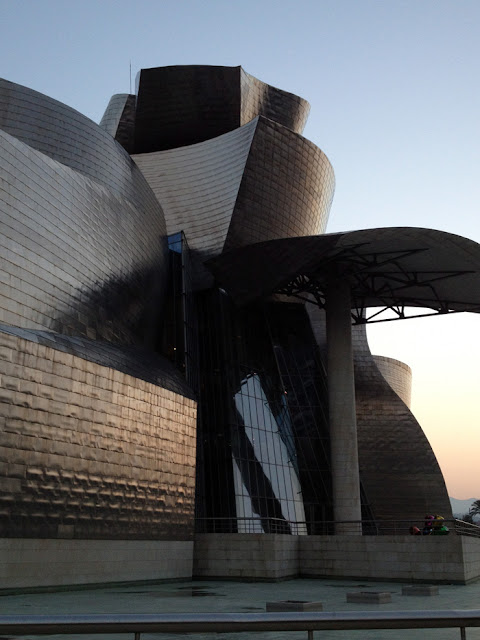 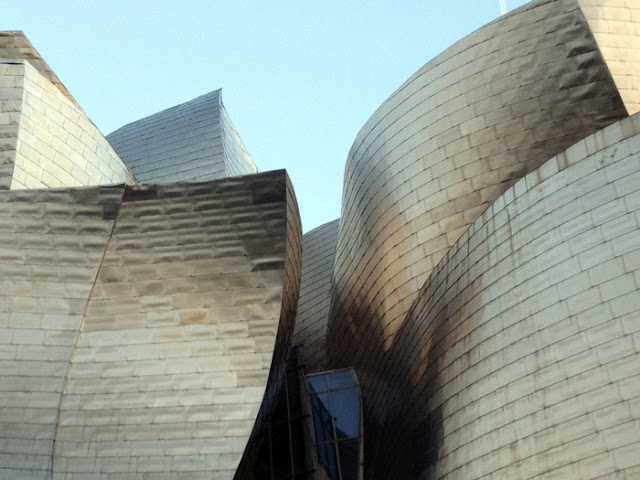 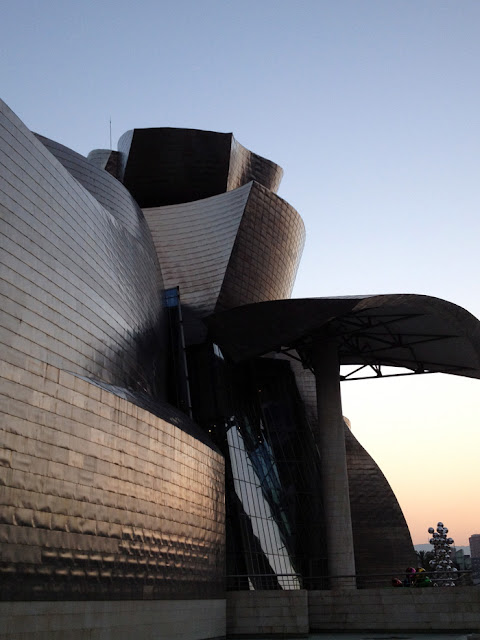 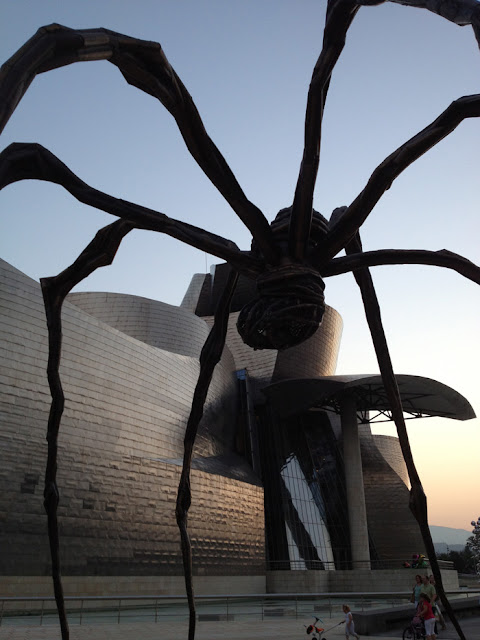 Spider sculpture 'Maman' by Louise Bourgeois, which I have also seen at Tate Modern London 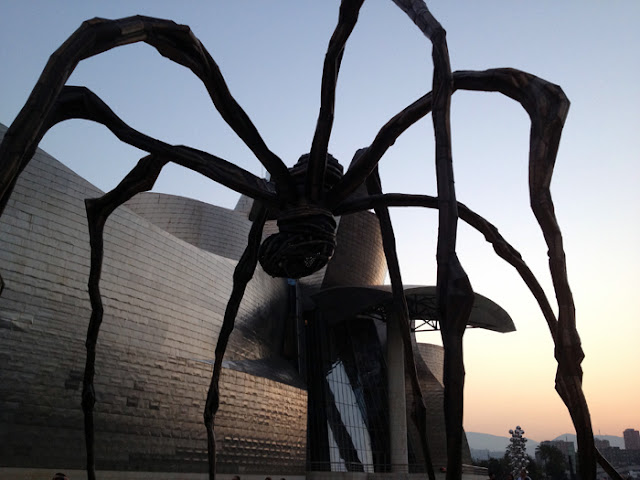 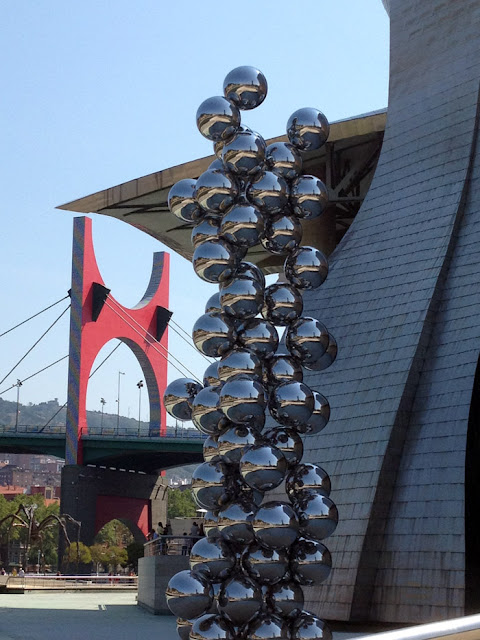 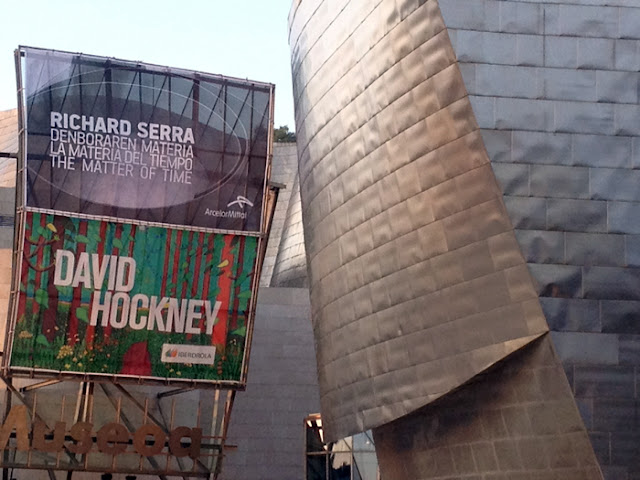 An exhibition of David Hockney's 'A Bigger Picture' was enjoyed, amazing colourful art, mostly inspired by landscapes in Yorkshire ! Including his new work created on his IPAD, digital video work and best of all his sketchbooks.

Popular posts from this blog

Sculpture in the garden, greencube designs a sculptural ball garden

July 23, 2013
I'm still out taking photos of all the gardens that have been constructed in the last year and last night I visited our clients in Borough Green, Kent to photograph this garden. We designed the terracing around this very beautiful home and picked up on the existing buff coloured stone detailing that formed the sills and frames around the doors and windows. A complimentary colour  of yellow granite was finally chosen (Yellow Granite paving from CED) and a sculptural border of yellow granite balls (from Rock Unique) underplanted with Ilex crenata balls and Libertia grandiflora. Oak benches and oak arches have also been included and some division of zones created by deck laid flush with granite. This scheme fuses well with the house and setting. I will return in August to take further photos when the garden furniture is in place and hopefully get some night shots, lighting not yet fully completed at time of visit. Greencube planted this garden in two phases, the trees, ro
11 comments
Read more

April 14, 2013
Our large garden in Langton Green  designed back in 2010 features in a Dutch magazine for April - Groei & Bloei , I had to use google translator to work out what they said: dutch "door efficient gebruik te maken van niveauverschillen ontstaan op een klein oppervlak twee terrassen, gescheiden door een prachtige plantenbak, die tevens dienst doet als regleuning van de zitbank." literally translates to: "through efficient use of level differences arising on a small surface two terraces, separated by a beautiful planter, who also serves as backrest of the sofa." my dutch is not too good! Here are some more photos of this garden:
3 comments
Read more

Practical storage solutions in our gardens in Tunbridge Wells and Folkestone

September 22, 2011
Storage in a garden is a common requirement but often forgotten or positioned too far away for practical use. Greencube have installed solutions in 2 of our gardens this year without the need for an ugly shed.   The built in seating has doubled up as a great practical storage solution so that the cushions, hand tools and firewood for the brazier are readily available.
2 comments
Read more