greencube's perennial and grass border in its 3rd year

Here in my own garden, I took time out on Friday evening after mowing the lawn to take some photos, the sun was low and the light was soft.

The front window of the studio looks out onto this border.

This is the border that sweeps around the drive now in its third year, the structural layer consists of Buxus cubes and Euphobia wulfennii with large swathes of Calamagrostis  'Karl Foerster', Miscanthus sinensis 'Gracillimus' mixed with a tapestry of perennials and bulbs planted en-masse.

Our soil is incredibly sandy and so drought tolerant plants are used but I do feed and mulch with mushroom and green compost with added fertiliser every year to give the plants their best shot. 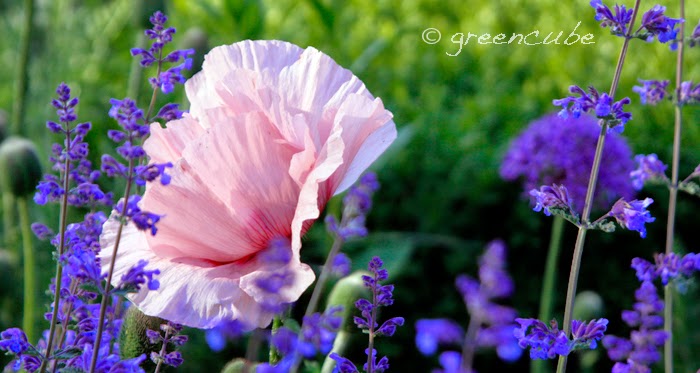 New in the border this year seems to be a favourite at Chelsea also. Its a new plant called Lysimachia atropurpurea 'Beaujolais' recommended by our herbaceous supplier, so I'm trialling it this year and testing its hardiness over winter ( if we have a winter). 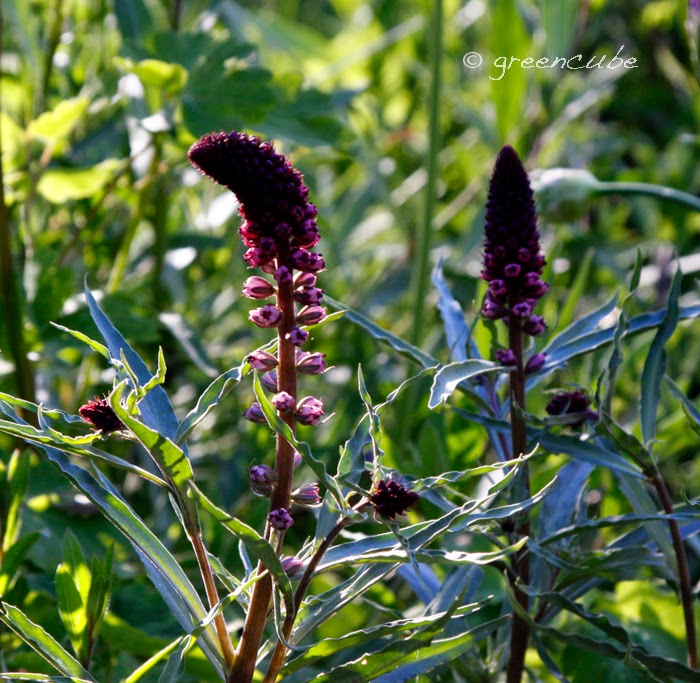 Here I have mixed Nepeta 'Walkers Low' with the Papaver and Alliums, its a bee hotspot. 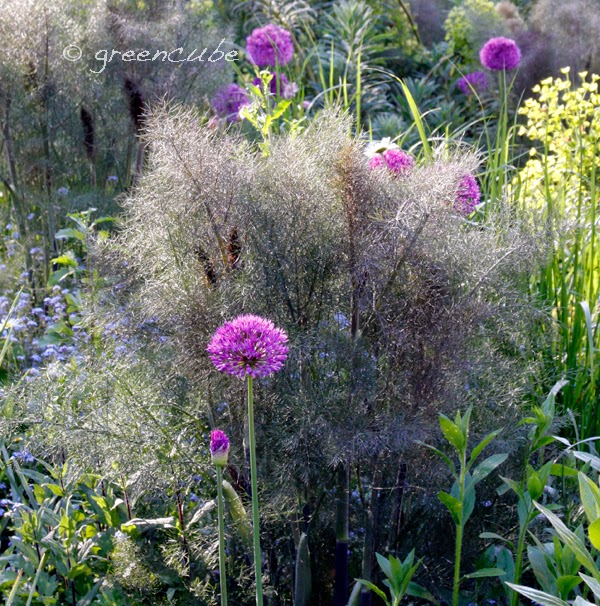 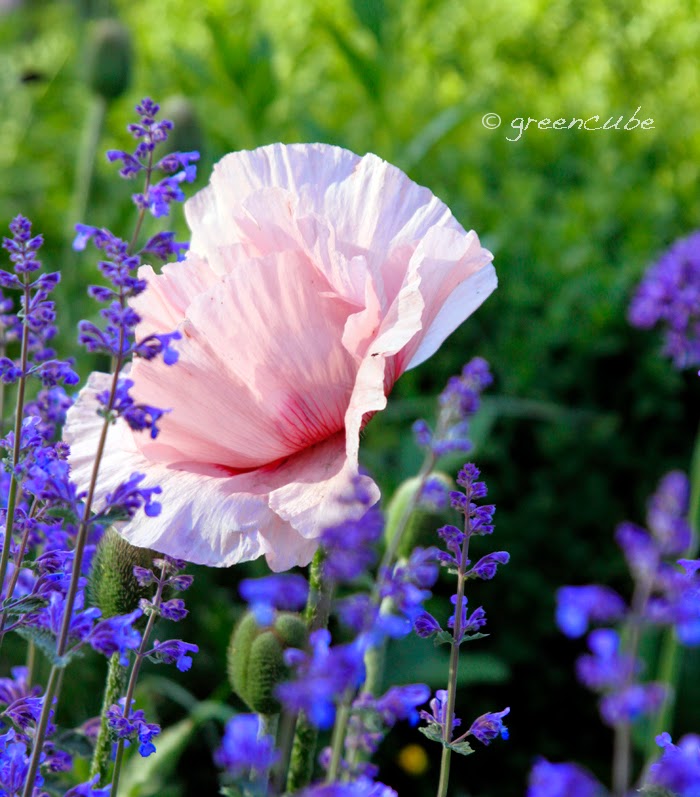 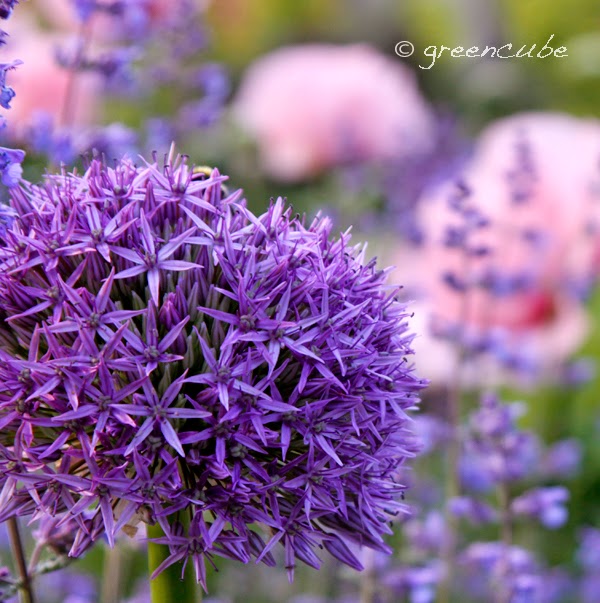 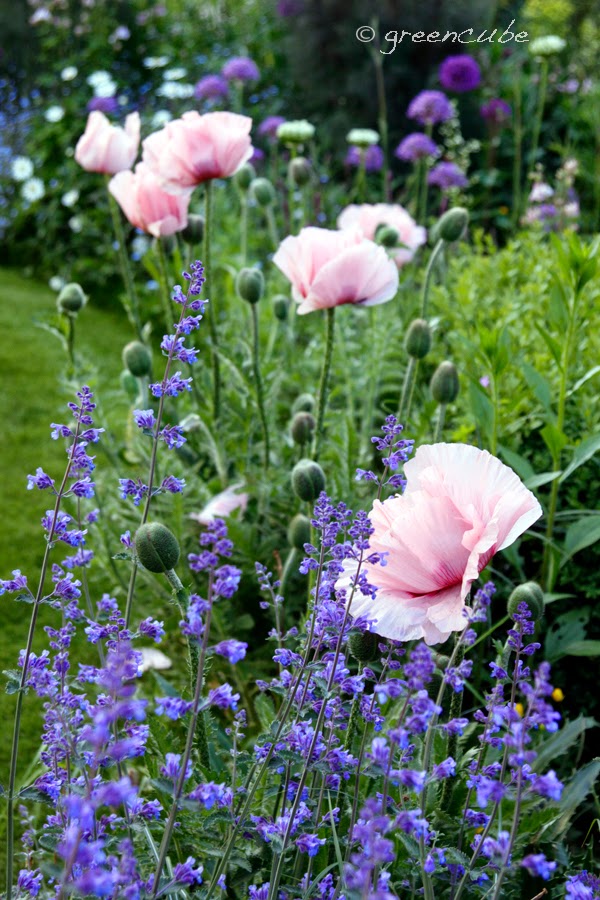 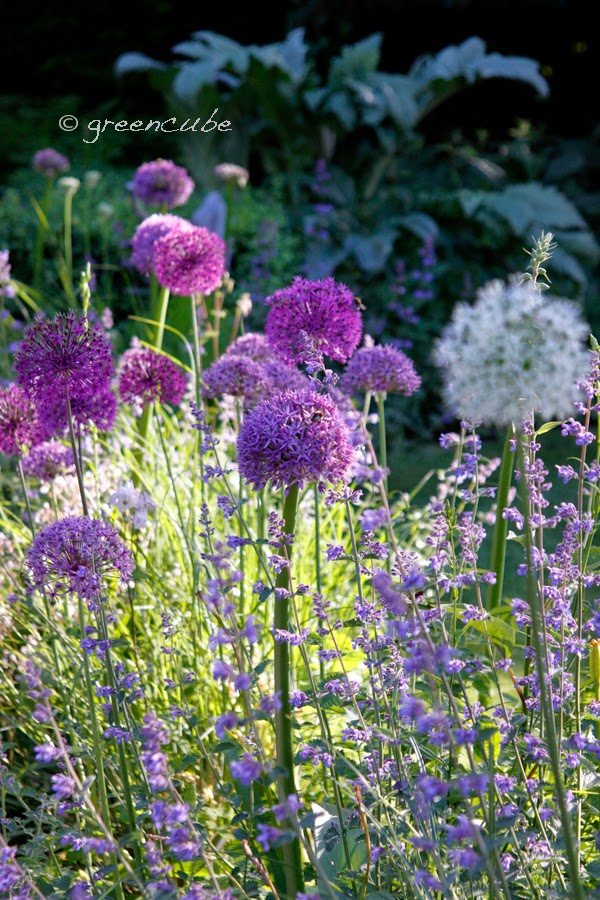